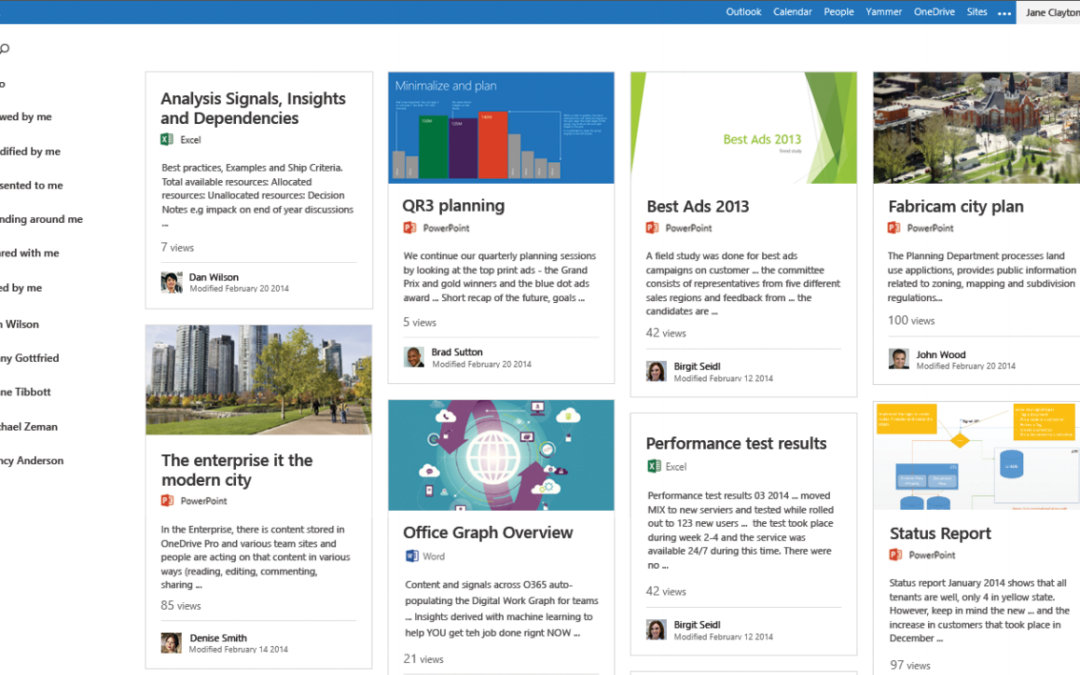 Announcing SharePoint 2016 – what to expect

Microsoft has announced the next version of SharePoint, to be called SharePoint Server 2016. Though it will not be released until the second half of 2015, not likely before September, there will be a preview version at the big Ignite conference in Chicago in May (Ignite replaces all the previous standalone conferences for SharePoint, Office […]

Part II of a four part series on great intranets. The Cisco intranet, called Cisco Employee Connection (CEC), is now 20 years old, and supports a workforce of more than 100,000 (75,000 full-time employees plus contractors). “The intranet connects everyone to everything, from employee services tools such as HR benefits, IT support and workplace resources […]

For all the talk on technology, particularly social and mobile technologies, an intranet is mostly people and process. And it is not a communications or IT project, it is a *business system* meant to support and enhance the entire organization including communications, IT, HR, etc. The focus must first be on governance — namely ownership, […]

At the risk of sounding repetitive, this is still the number one complaint of most employees at most organizations, regardless of size, industry and geographic location. Notwithstanding the effectiveness of the search engine which, more often than not, is rated as being somewhere between ‘awful’ and ‘piss-poor,’ information architecture is often the top priority of […]

Intranet 2.0 and The Social Intranet

Intranet 2.0 is a label used loosely to describe the application and adoption of Web 2.0 or social media technology behind the corporate firewall. In short, it’s Web 2.0 but on the corporate intranet. The intranet 2.0 label has largely faded to black, and has been replaced by the more fashionable label, the social intranet. […] 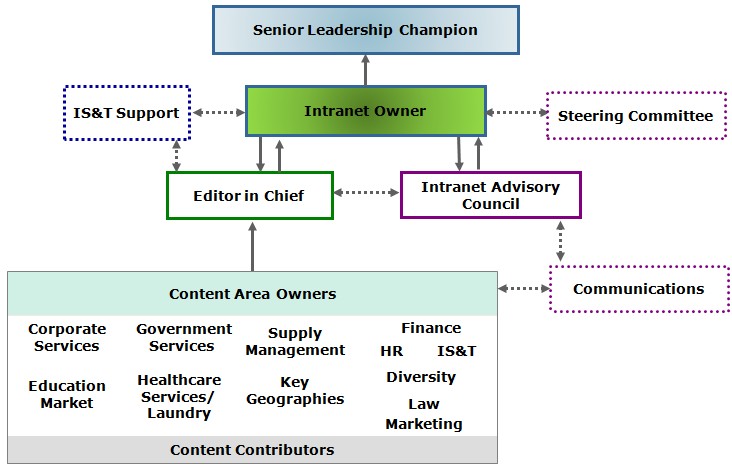 Who should own the intranet? Communications? IT? HR? All of them? You may be shocked to learn that many companies don’t know the answer; in fact, many organizations can’t clearly answer with any confidence whom is the present intranet owner. Gone are the days where a single IT geek creates an intranet on a server […]