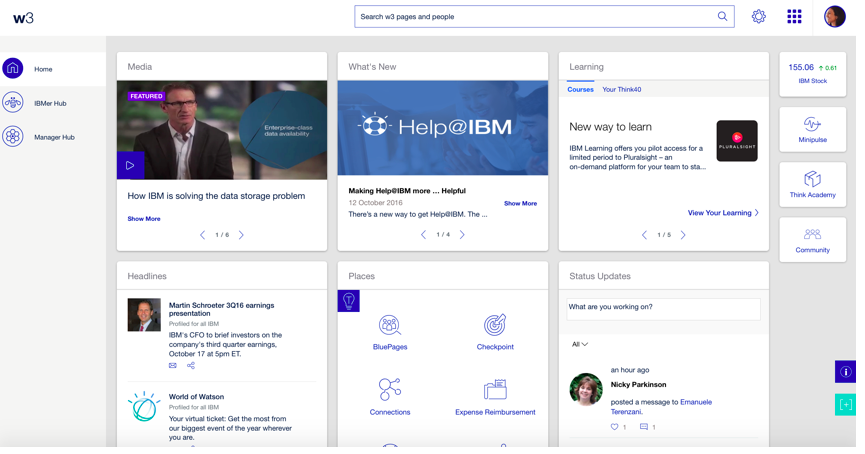 According to various reports, IBM is eliminating remote workers in marketing, engineering, and other roles. The Register details some of IBM’s plans in Big blues: IBM’s remote-worker crackdown is company-wide, including its engineers. In the US, those that don’t report to one of six main offices, will be eliminated, according to The Register. The same edict will apparently also apply to workers in Europe.

IBM has yet to confirm these reports, though several sources, including internal documents and video, confirm the landmark changes.

These changes have major ramifications for the intranet and digital workplace, by one of the biggest proponents of not only the former and latter, but remote workers. These changes follow the heady steps taken by fellow tech giant Yahoo! to eliminate remote workers. Apparently, according to the biggest web companies on the planet, the digital workplace is not as important as originally purported.

IBM has repeatedly trumpeted and championed the digital workplace, and all of its software solutions, namely Connections and the IBM Employee Experience Suite, that allow “employees to collaborate from any location using the tools they want.”

Apparently “any location” means only one of six locations for most of its marketing staff and software engineers in the US.

The digital workplace is in fact the online workplace, the sum total and inclusive umbrella of all digital tools, that is independent of physical location or barriers.

Indirectly, IBM has just indirectly told the world that the value of remote working, and by extension the digital workplace, and their products, are less effective than perhaps the marketing indicates. Having said that, IBM is correct if they support the notion that nothing replaces face-to-face communications and accountability. The digital workplace should in fact support healthy working relationships that should not solely be restrained to the digital world. Nothing will replace the true value of a one-on-one meeting between staff.

Is IBM to be lauded or reprimanded? The devil will be in the details.

Many world-class intranets and digital workplaces, including those from Google, Coca-Cola, Bayer, and others, with detailed case studies are presenting at this year’s Digital Workplace & Intranet Global Forum conference in New York (Oct. 25 – 26). Early-bird registration is only $890 for the full conference.